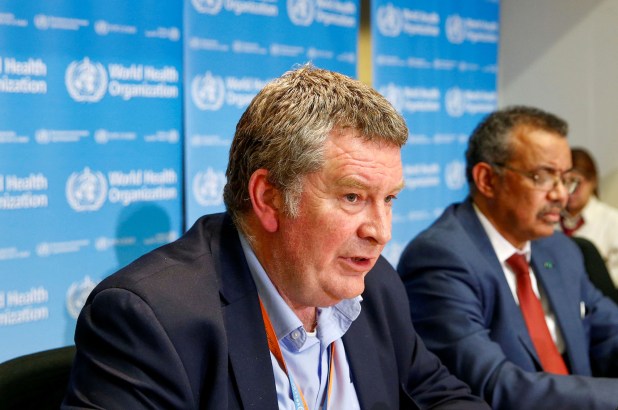 About a third of New Yorkers and less than a tenth of American adults were exposed to the coronavirus by the end of July, a new study of dialysis patients found. That level is far from the “herd immunity” many are hoping will help end restrictions aimed at slowing the spread of the virus that causes COVID-19.

In some states, the infection rate was essentially zero, according to the study, which tested plasma samples from more than 28,000 randomly selected dialysis patients from across the US. In New York, the rate was 33.6%, by far the highest in the nation, with the rate largely skewed toward downstate counties. The next highest was Louisiana, at 17.6%. New Jersey’s rate was just 11.9%.

Nationwide, the infection rate was just 9%. Herd immunity means that enough people are infected to prevent further spread of the virus. Experts say for the coronavirus, that would about 50 to 65% of the population.

However, it’s not clear how long infection can protect someone. Last month, a Nevada man became the first person in the country to get COVID-19 twice. Several other patients in China and Europe have also been reinfected.

By Saturday morning, 203,789 Americans had died from COVID-19, and more than 7 million Americans were confirmed infected, according to Johns Hopkins University’s COVID-19 tracker. About 4.5 million were recovered.

The uneven infection rates mean that people in areas with high infection rates are unlikely to be protected, because others will bring the virus in from elsewhere, William Hanage, a Harvard epidemiologist who was not one of the study’s authors, told USA Today.

Dr. George Rutherford, an epidemiologist and biostatistician at the University of California, San Francisco, told the paper the US is nowhere close to an end to the pandemic. “The only way we’re going to get to herd immunity, unless you’re in a very closed community like a prison, is for everybody to get vaccinated,” Rutherford said.

Hanage is also concerned communities not yet hit by COVID-19 will feel a false sense of security.

“We expect small-town America not to be in the first surge,” he said, but over time, as people move around more and it gets introduced multiple times, more communities will have outbreaks. 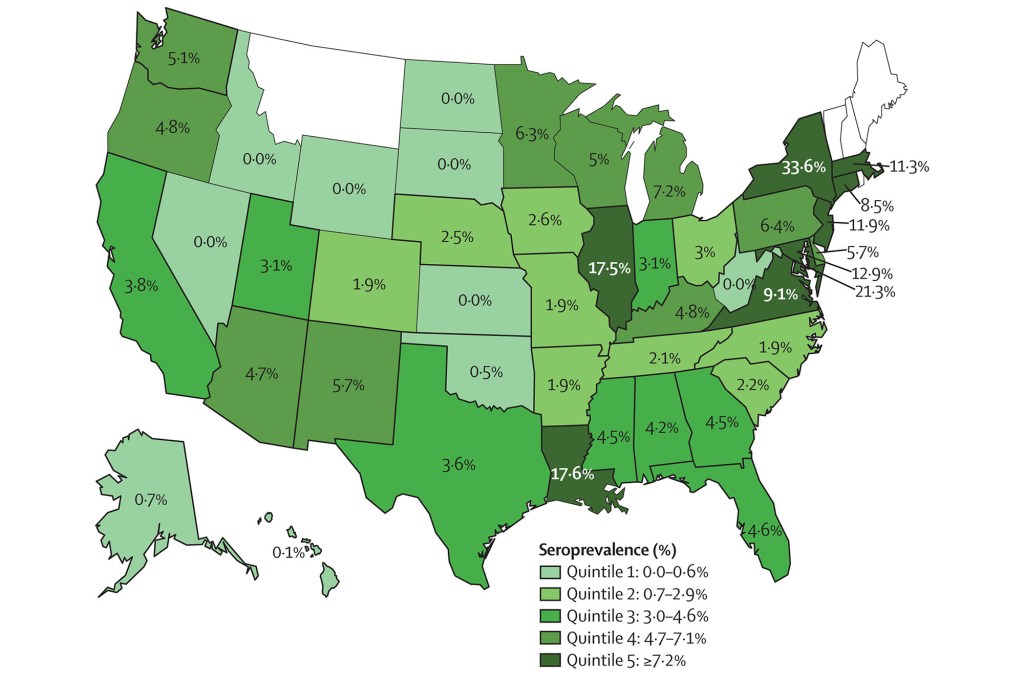 A map showing the prevalence of COVID-19 antibodies in a new study published by The Lancet.

Courtesy of The Lancet 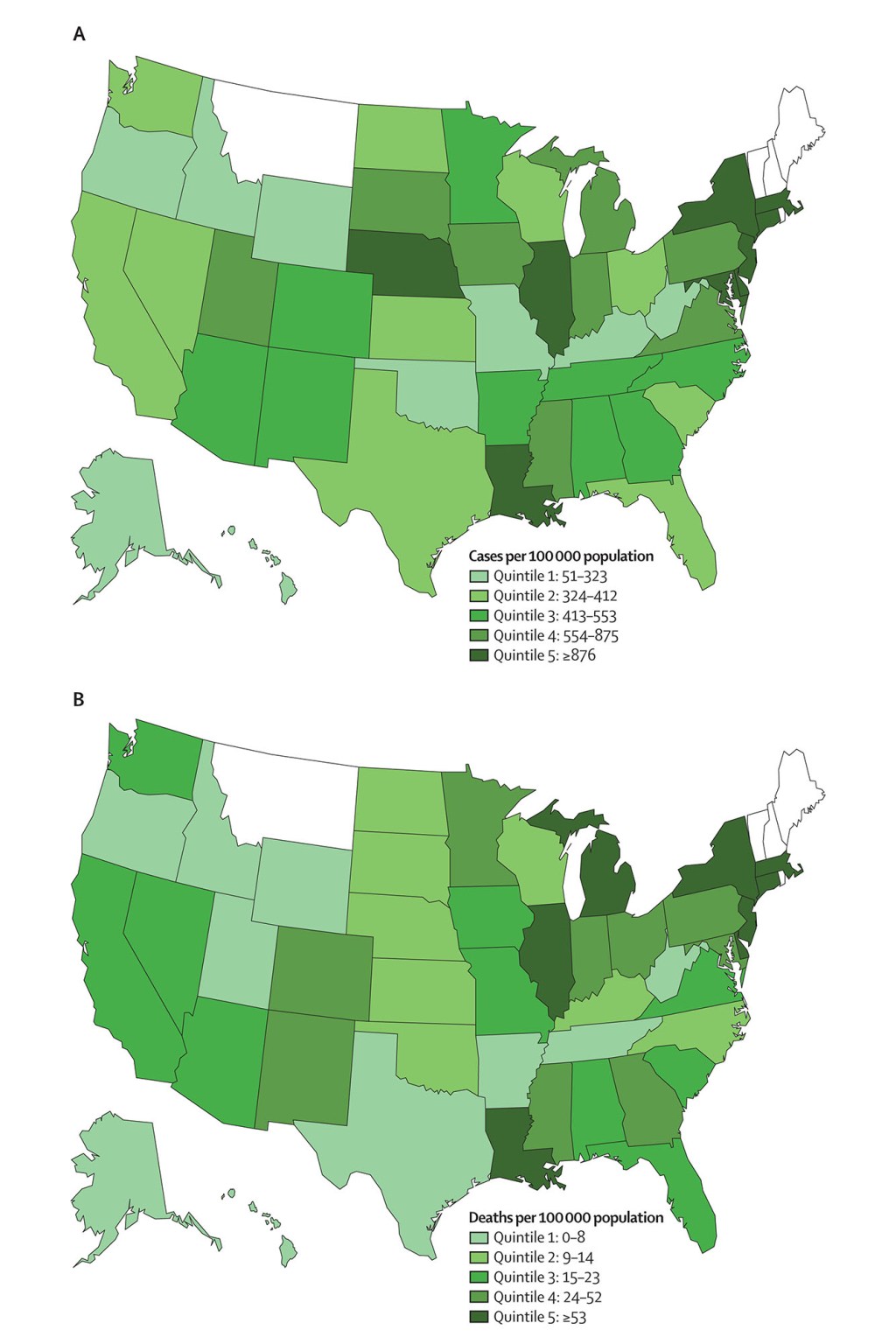 Courtesy of The Lancet

Judge Amy Coney Barrett is a wife, mother of seven…

Separately, with the world approaching 1 million deaths from the pandemic, which started in China in December, the World Health Organization said it’s “not impossible” for that number to double, the Washington Post reported.

“If we look at losing 1 million people in nine months and then we just look at the realities of getting vaccines out there in the next nine months, it’s a big task for everyone involved,” said Mike Ryan, the executive director of WHO’s health emergencies program.

Biden says Senate should not act on Amy Coney Barrett...